As you leave a job interview, one thing is certain; you will be thinking of something you should have said but didn’t, or possibly something you said but wish you hadn’t.  But aside from your feeling that you could have done better, how are you going to assess what just happened, and the likely outcome?

Sadly, it is likely to be a few days or even weeks before you learn the result of your interview, and this can be a nerve-wracking time.  In the meantime, there are some clues which may give you a hint about your success, or lack of it.

1. How Long was the Interview?

It is likely that you were given a time to expect that the interview would last.  If it runs over that time, this might well be a good sign, as this could indicate that the interviewer is genuinely interested in you and is seeking more information about you as a potential employee.  A short interview, on the other hand, is not necessarily a bad sign; it’s possible that you have already been earmarked as a good prospect from what was previously known about you.

Nowadays this may not be the giveaway it was in the past.  Equal Opportunities training encourages interviewers not to favour some candidates by giving them non-verbal cues about their performance, because these cues tend to be given more easily to those from the same social groupings as the interviewer.  This does mean though that you shouldn’t be too discouraged if the interview atmosphere feels strangely formal – perhaps a procedure is being followed.  Not all interviews follow this format; and if your interviewer does seem to relax in your presence, it’s definitely a good sign.

An interviewer who really wants you will know that you probably have other job applications on the go, and will want to ensure that you choose this one.  So, if they spend some time pushing the positive aspects of the company, this may well be because they genuinely want you.

If there are numerous candidates for this vacancy, it’s unlikely that other current employees will be part of the interview process for all of them – they have a job to do, after all.  So if other team members are called in to meet you, the chances are that you are getting special treatment.

5. Talk About the Future

An interviewer who is keen to talk to you about future plans for the company may not just be keen to hear your ideas; they may already be imagining you as part of the team and thinking about your contribution to it.  This is definitely a good sign.  If you have been able to ask some relevant questions about company plans, all the better!

If you realise after the interview that you now know some personal details about the interviewer – their family, hobbies, history – you may well have formed more of a relationship with them than other candidates have.  The interviewer may have felt sufficiently relaxed with you to share something of themselves, and this can bode well for the outcome of your application.  Don’t attach too much weight to informality, though – it could just be the interviewer’s usual manner, or even a ploy to draw you out.

It’s usual to be told that you will hear the outcome of the interview ‘in a week or two’, but the way in which this information is imparted to you is significant.  If the interviewer seems genuinely anxious to know about your availability and any notice period for your current job,  there’s a real possibility that they are already thinking ahead to the practicalities of hiring you.  An even stronger hint might be inferred if you are given some personal contact details and invited to stay in touch.

How did you leave the building?  If you were simply shown the door, this could simply mean that there were other candidates waiting, so don’t be too discouraged.  On the other hand, if the interviewer led you out of the building, taking in the canteen and rest rooms on the way, then the chances are that you have made a good impression and are being invited to think of yourself as a staff member.

Whether the omens seem good or bad, remember that until you get the job offer or rejection, nothing is set in stone.  The encouragement you felt could simply have meant that you were the best candidate so far; or the blandness you experienced might just be typical of the company’s hiring procedures, or the interviewer’s personal style. 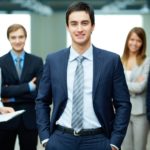 Our team of specialist recruiters pride themselves on their ability to understand our client and our candidates’ needs and supply the most suitable candidates for every role.

This website uses cookies to improve your experience while you navigate through the website. Out of these, the cookies that are categorized as necessary are stored on your browser as they are essential for the working of basic functionalities of the website. We also use third-party cookies that help us analyze and understand how you use this website. These cookies will be stored in your browser only with your consent. You also have the option to opt-out of these cookies. But opting out of some of these cookies may affect your browsing experience.
Necessary Always Enabled
Necessary cookies are absolutely essential for the website to function properly. This category only includes cookies that ensures basic functionalities and security features of the website. These cookies do not store any personal information.
Non-necessary
Any cookies that may not be particularly necessary for the website to function and is used specifically to collect user personal data via analytics, ads, other embedded contents are termed as non-necessary cookies. It is mandatory to procure user consent prior to running these cookies on your website.
SAVE & ACCEPT